Emaar, which was founded in 1997, has left an indelible effect on the hotel and retail industries in ten countries. Across the Middle East, Africa, Asia, Europe, the United States, and Canada, the Group has pioneered the establishment of flourishing communities that have changed real estate. Because of well-known projects like the Burj Khalifa and its huge scale of operations, Emaar has become one of the world’s leading real estate corporations.

The Gurgaon Commercial SCO Plots are next to various residential societies where more than 10,000 households have previously relocated. EBD 65 is bordered by several five-star hotels, business centers, schools and colleges, hospitals, shops, and green parks, among other things.

Emaar’s property portfolio includes residential, commercial, hotel, and retail developments and a high appealing Emaar Ebd 65 Master Plan. The firm began operations in India in 2005 and has a pan-India presence. Emaar is one of the world’s largest real estate businesses, with activities in 14 countries and a total development area of 89 million square feet. In Gurugram, Delhi, Mohali, Lucknow, Jaipur, Indore, and Chennai, Emaar has built a portfolio of world-class living places and work settings. Since its inception, the firm has built around 11,500 residential and commercial units, with another 8,500 units in the process. The organization has a strong presence in marketplaces like Delhi and other NCR areas and Hyderabad, Mohali, Chennai, and other Indian cities.

Emaar Business District 65 is a cutting-edge project with all of the latest amenities and features. Sector-65, in addition to its advantageous position, boasts promising infrastructure in comparison to other business zones in Gurgaon, including improved connectivity. Emaar Business District 65 offers a variety of property types and possibilities for investment, catering to a wide range of budgets from nominal to high-class rich families of the city. 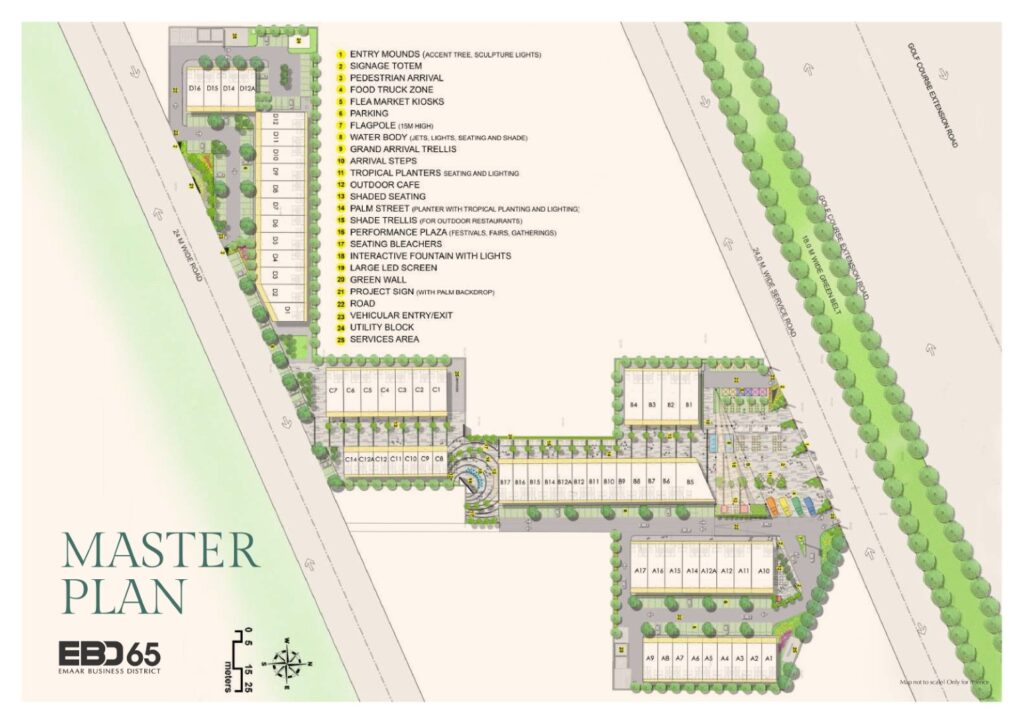 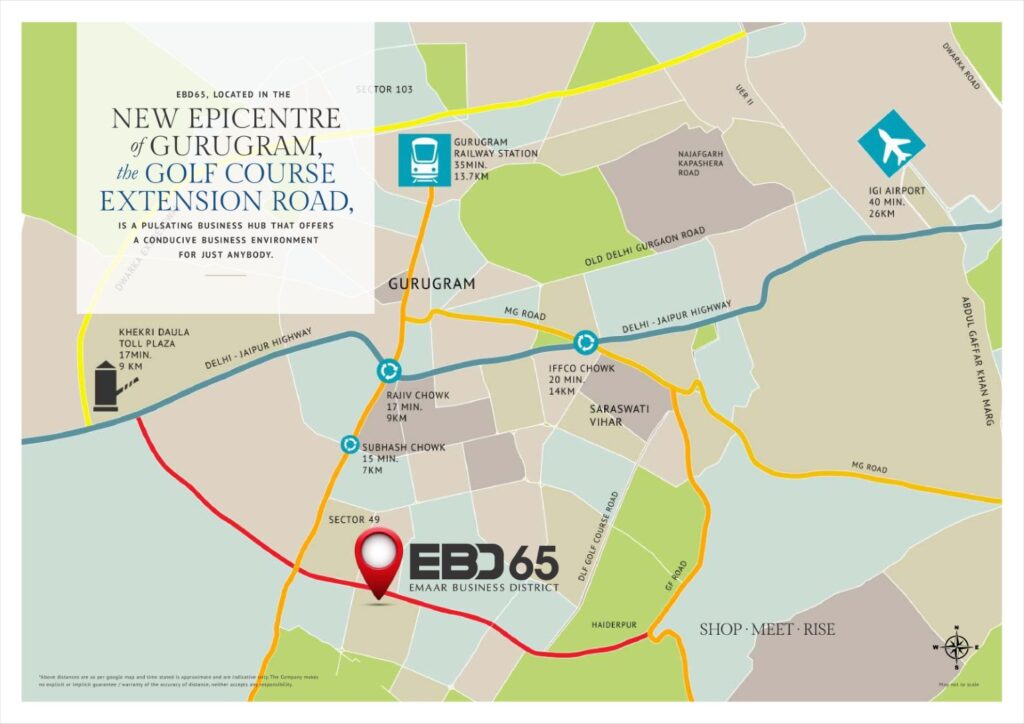 Disclaimer: This website is only for the purpose of providing information regarding real estate projects in different regions. By accessing this website, the viewer confirms that the information including brochures and marketing collaterals on this website is solely for informational purposes. The contents shall not be construed to be any kind of advertisement, solicitation, marketing, offer for sale, assurance, invitation to offer, contract of any nature whatsoever or gives warranty of any kind, implied, express or statutory and shall have no binding effect on the Company. Any decision by you regard booking by relying on this website is solely at your cost and consequences. The website and the information contained herein is not intended as legal, financial or real estate advice and must not be relied on as such and is for guidance and general information only. Any Information on the website is subject to change without any notice or information whatsoever. Changes in this Disclaimer will be effective immediately on change being posted. Please also note that the company has not verified the information and the compliances of the projects.

Security: To ensure security while transferring sensitive information, all the ongoing transmissions between client and server are encrypted using advanced and standard protocols. We also practice restricted access by employees and hold them to high levels of confidentiality. Use of cookies: We may use cookies for security, session continuity, and customization purposes. In case of a user opting to reject a cookie, he/ she may not be able to gain access to some of the limited services or use some features of the site. In case of any queries or suggestions regarding privacy statement or your dealings with this web site, please contact: